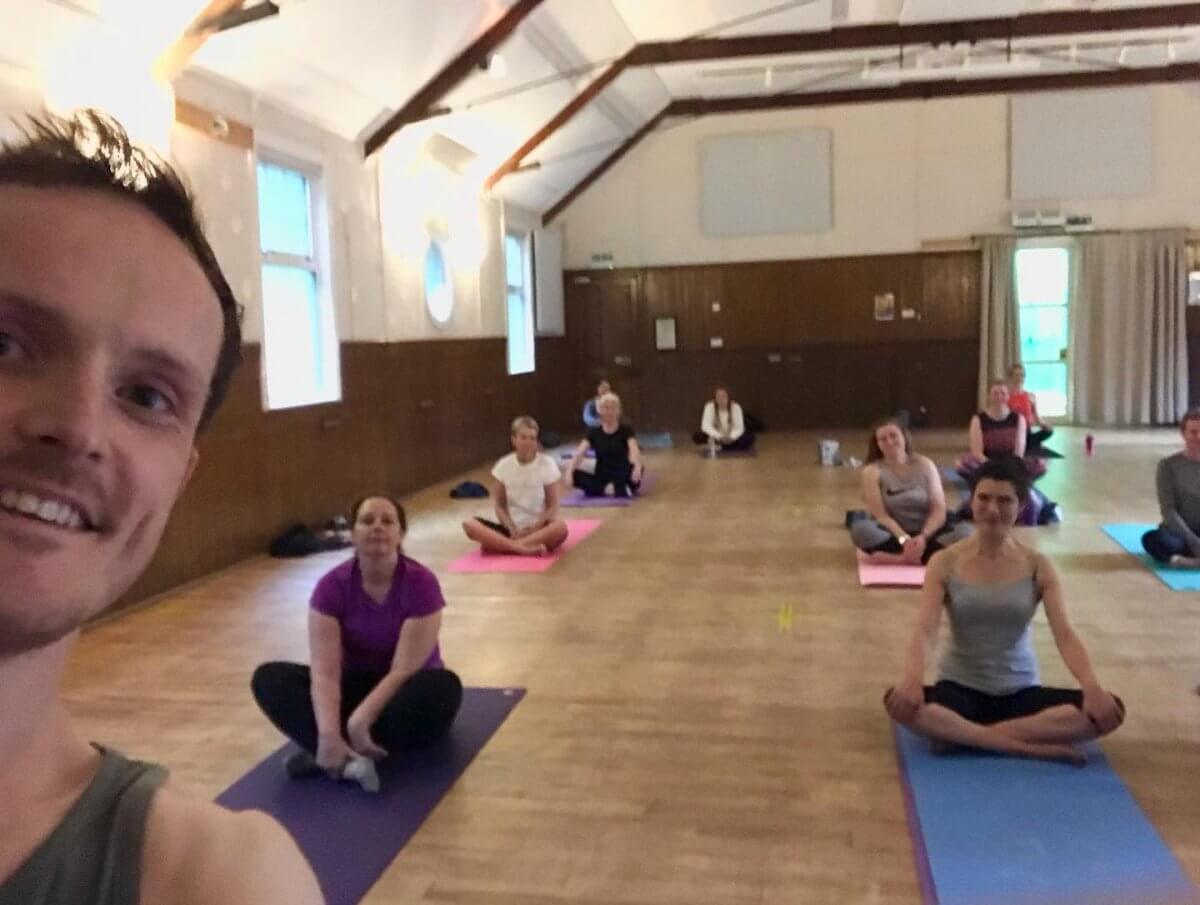 Last Wednesday marked the 100th session at Crathes Village Hall. I would have hit this milestone last year if not for the semi-apocalypse…
.
This class holds a special place in my heart as it was the first ever yoga class I set up by myself, in early 2018, soon after I returned from India. Frankly, the beginning months were spectacularly quiet! I often taught just one student, and sometimes no one turned up at all. In those days, I was over the moon when I had 2 people as it meant I was able to break even…
.
Serendipitously, the 100th class last week was also my busiest to date, AND it also coincided with the 1 year anniversary of my collarbone break; a night of personal landmarks! I asked the class for a photo and quickly realised I wasn’t going to be able to fit everyone in, hence the 2 attempts. Apologies if you have been cut out!
.
Thank you to everyone who has supported me thus far in my journey as a teacher. I have grown so much since those early days and I owe it to my students. I’ve seen you have babies, survive cancer, leave for universities and hit your 80th birthdays. Throughout all of that, the practice has remained constant…
.
Here’s to the next 100 classes
Love
Oli