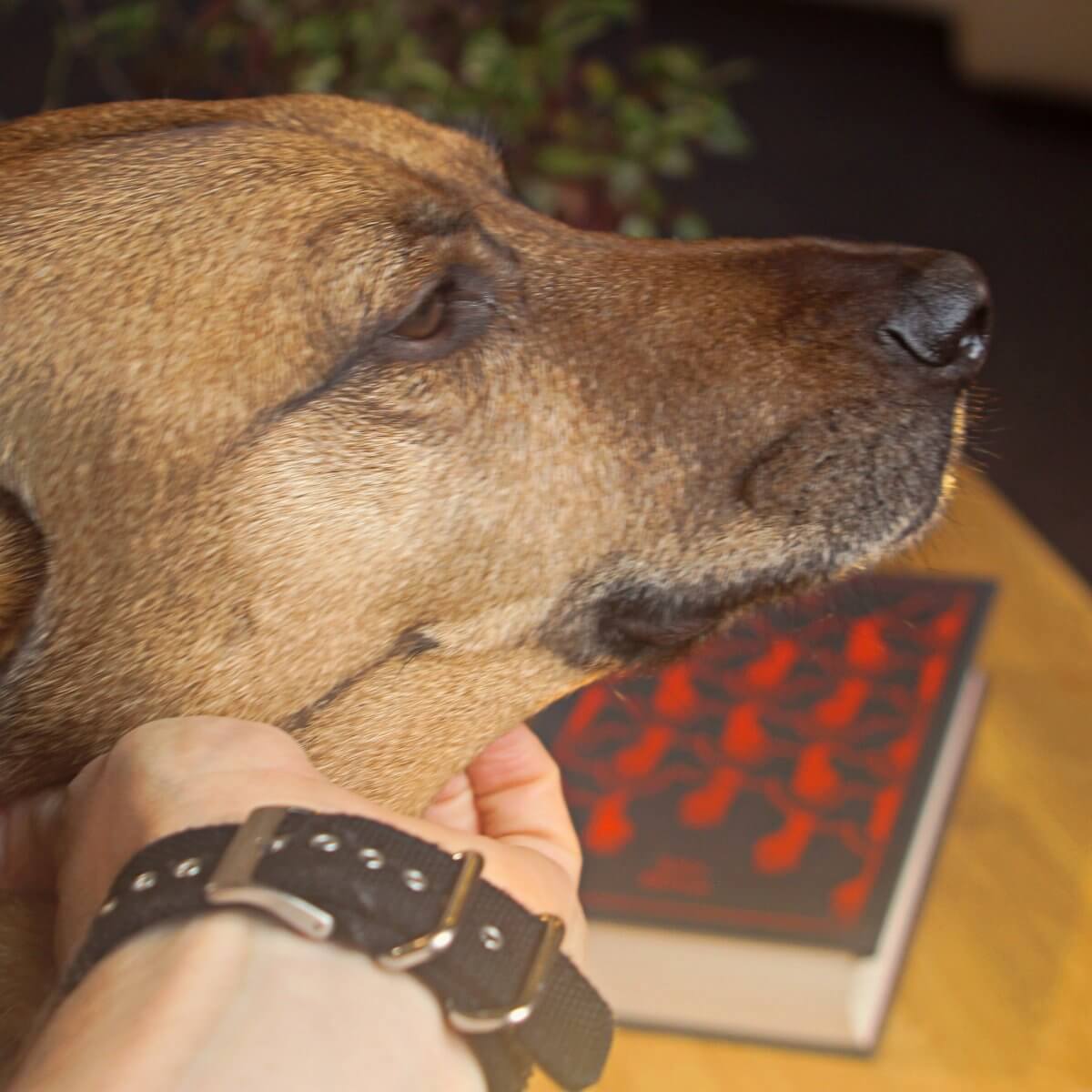 First of all, in the ten minutes I set aside to take this photo, my dog Moopy managed to hunt me down and sit directly in front of the lens hence the ridiculous shot! Anyway, back to the point of this post.

I’ve recently finished reading Paradise Lost by John Milton, a totem of English Literature. It first came out almost 400 years ago, and despite huge changes in how we communicate, is still breathtaking. Basically, Milton decided to write his own version of how Adam and Eve were tempted by the devil, and in doing so accidentally glorified Satan, who is definitely the most interesting character in the book.

It took me a year to read as I could only digest two pages a day (with FREQUENT references to the appendix – if you aren’t across your Greek mythology, ancient world geography, old testament knowledge, C17th political and cosmological attitudes you will NEED THE APPENDICES TO MAKE ANY SENSE OF ANYTHING). This was an exercise in commitment…

What I found fascinating is that Adam and Eve are portrayed as vegan. They don’t eat any animal in Eden, instead consuming tons of fruit and litres of nectar. When they have an archangel for tea (I’m not making this up) they serve him loads of fruit and veg etc, and they don’t cook it either. Basically they are hardcore raw vegans.

Milton was writing in the C17th, hundreds of years before veganism became hipsterish, but he still used the idea of an animal-product free diet to try and depict purity and perfection. I’m not writing this as a judgement of non-vegans, but it certainly got my mind going? Why did Milton see it this way 400 years before almond milk lattes were a thing?..

If you are interested in reading Paradise Lost, go for it. It is psychedelic and fantastical. It had me in tears at some points as it is so beautiful (think Shakespeare on LSD), and genuinely disturbed at other moments (Satan getting stopped at the gates of hell is something straight from a fantasy horror novel).

This is the book I’d bring to a desert island – I’d work on memorising the whole thing. Should only take me 20 years or so…